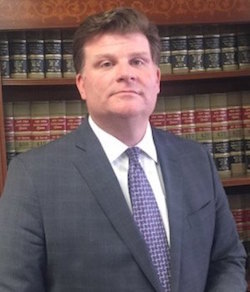 Mark began his career in the Kings County District Attorney’s Office in 1993 as an Assistant District Attorney. He was involved in all aspects of the prosecution of crimes in Brooklyn, including the investigation, indictment and trial of all types of crimes, including homicides, robberies, drug cases and DWI’s. Mark joined Sam Talkin in 1997 to create Talkin & Muccigrosso, LLP, the predecessor to Talkin Muccigrosso & Roberts, LLP. Mark is involved in all aspects of the firm’s practice representing clients in both criminal and civil matters in state and federal courts in New York and New Jersey. Mark’s practice takes him into all five boroughs in New York City, Westchester, Long Island as well as many counties and municipalities in New Jersey.

In addition, Mark represents clients in all aspects of real estate transactions, including commercial and residential purchase and sales, as well as refinances.

A Brooklyn native, Mark graduated from Xaverian High School in Bay Ridge. He received his undergraduate degree from Boston College in 1989 and graduated from Brooklyn Law School in 1993. He was an Assistant District Attorney in Kings County (Brooklyn) from 1993 through 1996. He is admitted to practice in New York, New Jersey, and the United States District Courts for the Southern and Eastern Districts of New York as well as the District of New Jersey. He is a member of the Brooklyn Bar Association, the Kings County Criminal Bar Association and the Bay Ridge Lawyers Association. Mark continues to live in Brooklyn with his wife and two sons.