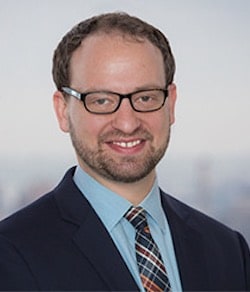 Noam Greenspan is counsel at TMR and has represented clients in a variety of criminal, civil, and regulatory investigations and court proceedings. He has represented a broad range of clients, including business executives in accounting, banking, and engineering, as well as companies of various sizes in the banking, retail, private equity, insurance, legal, and other sectors. He has represented clients in connection with investigations and all phases of litigation (both criminal and civil, including multiple jury trials) conducted by the U.S. Department of Justice, the Securities and Exchange Commission, the Commodity Futures Trading Commission, the Financial Industry Regulatory Authority, the Public Company Accounting Oversight Board, and state regulators, as well as in complex commercial matters. Noam also has experience conducting corporate internal investigations and representing clients in such investigations. He has also obtained favorable results for pro bono clients in housing and immigration matters.

Prior to joining TMR, Noam was an associate at Petrillo Klein and Boxer LLP, a preeminent litigation boutique specializing in white-collar criminal defense and regulatory matters. Prior to that, Noam was an associate at the international law firm of Debevoise & Plimpton LLP. He previously served as a law clerk to the Honorable R. Lanier Anderson of the U.S. Court of Appeals for the Eleventh Circuit and the Honorable Richard M. Berman of the U.S. District Court for the Southern District of New York. He received his law degree with High Honors from the University of Texas School of Law, where he was a member of the Order of the Coif and served on the Texas Law Review, and he holds a Bachelor’s Degree from Brown University. Noam is admitted to practice before the U.S. Court of Appeals for the Second Circuit and the U.S. District Courts for the Southern and Eastern Districts of New York, as well as in New York state courts.

Jurisdictions Admitted to Practice New York
U.S. Court of Appeals for the Second Circuit
U.S. District Courts for the Southern and Eastern Districts of New York