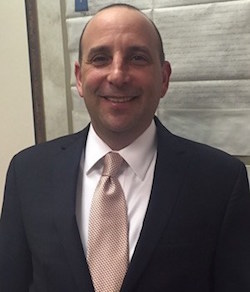 Sanford "Sam" Talkin began his legal career as a prosecutor in New York City. As an Assistant District Attorney in Kings County (Brooklyn), New York, he handled serious felony matters including murder, assault, robbery and grand larceny. In 1996, he left the District Attorney's Office to enter private practice. Since that time, he has provided aggressive and personalized representation to individuals charged with crimes in federal courts throughout the United States and local courts throughout the State of New York.

In the federal courts, Sam Talkin has represented, and tried cases for, individuals charged with murders for which the Government was seeking the death penalty, international espionage, violations of the Racketeering Influenced and Corrupt Organization (RICO) laws, major national and international narcotics crimes, wire fraud, mail fraud, bank fraud, healthcare fraud, labor benefits and construction fraud, money laundering and numerous serious other crimes. In the New York State courts, he has tried matters all over the state ranging from murder to driving under the influence of alcohol or drugs. Sam has also successfully briefed and argued appeals in the United States Court of Appeals and in the New York State appellate courts. 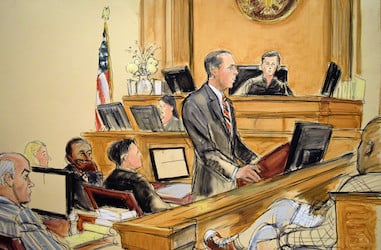 Sam, and Talkin, Muccigrosso & Roberts, have represented numerous corporations, companies and individuals that were the subject of an investigation by law enforcement and/or regulatory and investigative agencies such as the Department of Labor, Securities and Exchange Commission, Treasury Department, Internal Revenue Service and Homeland Security. Sam has also defended corporations and individuals in civil RICO and civil rights violations lawsuits.

Not only have many of the high profile cases handled by Sam Talkin been covered by the New York newspapers and television news, he has appeared as a legal commentator on Court TV (now Tru TV) and major network and cable news programs. Additionally, Sam has lectured to members of the bar on federal criminal practice. He has also guest lectured to students at Fordham Law School, New York Law School and the John Jay College of Criminal Justice.

Born and raised in Baltimore, Maryland, Sam graduated from the McDonogh School before receiving a Bachelor of Arts in Criminal Justice from the University of Georgia. He obtained his juris doctor from the University of Maryland School of Law. He is admitted to the state bars in New York and Maryland as well as United States District Courts for the Southern, Eastern and Northern Districts of New York, and the District of Maryland and the United States Court of Appeals for the Second Circuit. He resides on Long Island with his wife and two children.