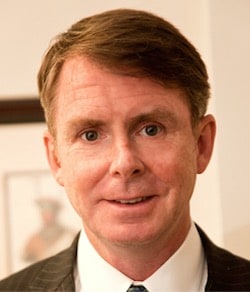 Denis Patrick Kelleher is a partner at TMR and a highly experienced litigator who has represented individuals and business organizations in a wide variety of criminal, civil, regulatory and administrative investigations and trials.

Jurisdictions Admitted to Practice New York
U.S. District Courts for the Southern and Eastern Districts of New York
U.S. Courts of Appeals for the Second and Third Circuits

Association of the Bar of the City of New York